thank ya, thank ya very much 🙂

Way back when I was first vegan in Memphis, my mom got me a subscription to Vegetarian Times Magazine. We picked up some cookbooks- The Accidental Vegan & Vegan Vittles, which has a recipe for french toast. Mmm Mmm good. I remember making the french toast after finding the nutritional yeast at Wild Oats (yea! Wild Oats!). Of course it was wheat bread but I remember being soo happy with my  breakfast. I had to recreate this memory recently. Having a ‘limited diet’ doesn’t mean I have to have a limited diet!

Breakfast is the most important meal of the day so Eat it Up!

1 very ripe banana (also optional if you really don’t like bananas, but add a bit more milk to cover the bread)

‘butter’ for greasing the pan

nut butter of your choice (peanut, almond, sunflower) for topping off at the end!

*If you like sweeter foods, you may choose to add a spoonful of agave to the liquid mix, or just top the toast off with a little syrup or jelly! The sweetness will also depend on if you are already using a sweetened or vanilla flavored milk. 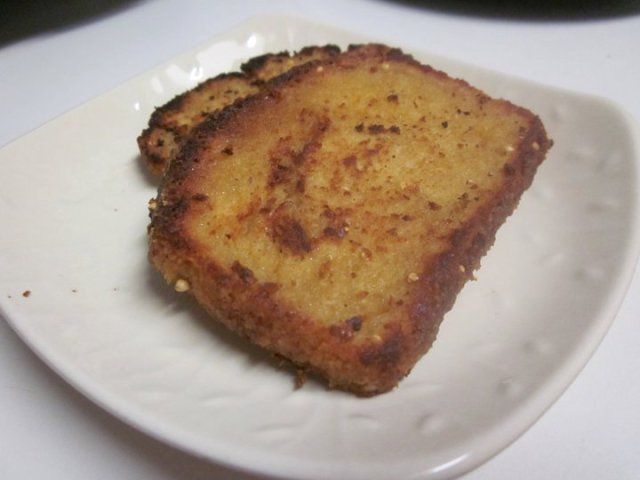